YOUR LIFE  EXPERIENCE GETS CREATED BY WHATEVER YOU FOCUS YOUR ATTENTION ON....

Focus on problems, obstacles and roadblocks and that becomes your life experience.

Focus on happiness and a road free of obstacles and roadblocks and that becomes your life experience.

Your energy, that creates your reality, flows where your attention goes.

If you know that you can 'beam' your attention, anywhere, at anytime, negative experiences of any sort will no longer be a problem for you.... Why???


INTENTIONS COME TRUE WHEN YOU PAY ATTENTION TO WHAT YOU 'DO WANT' AND WITHDRAW  YOUR ATTENTION FROM WHAT YOU DON'T WANT.


If you find it difficult to stay focused on what you DO WANT, read this 'NEW THOUGHT' article, Click Here 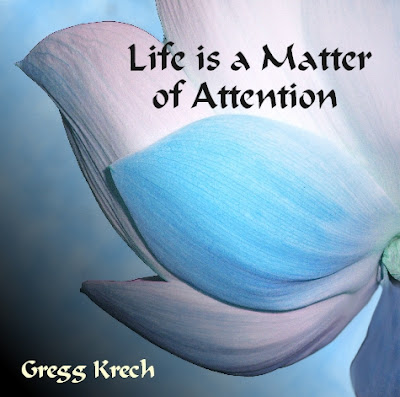 Believing you have to keep your ATTENTION focused on your problem is what keeps you stuck having that problem. - Frederick Zappone


Posted by Frederick Zappone at 7:02 AM No comments:

What you call thinking is not thinking at all, it is playing (interacting) with the thoughts that already exist in your conscious mind.  These thoughts consist of everything you have read, every opinion and fact you have heard, everything that was taught to you. In your thoughts you will not find any original thinking, only old thinking that you put together in new ways.

The process of  observing, witnessing, watching, looking is where all problems are easily solved, even the most difficult ones.  It is also where all new things are created because the moment you begin using the 'Observation/Looking' process, inspired thoughts, out of thin air, spontaneously, begin showing up in your mind that allow you to create new things and easily solve problems that have been troubling you for quite some time.

The Observation/ Looking PDF file is available to anyone who wants it in exchange for a small donation. Your donation supports the work I do of encouraging and inspiring people daily with my writings and insights about life. To immediately receive your copy of this powerful document, leave a donation in the amount of your choosing.  Suggested donation $2.00 and up.


IMPORTANT INFORMATION: After making your donation, click on the Return to 'FREDERICK ZAPPONE' button located on the donation receipt page to receive your copy of  the Observation/Looking PDF file.
Posted by Frederick Zappone at 9:51 AM No comments:

Best argument I've seen for reducing VIOLENCE in Movies and on TV.

If you do, someone, somewhere, who needs to hear this message will get this message and do something about the excessive violence on television and in the movies... - Frederick Zappone 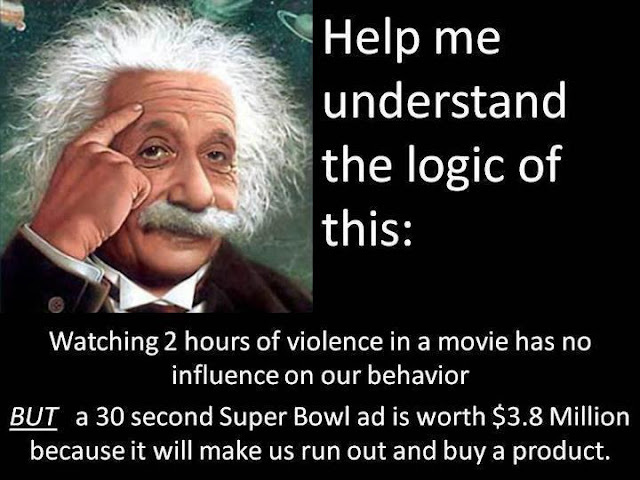 Posted by Frederick Zappone at 11:47 AM No comments:

.
Santa's gift to you is a SPECTACULAR, ASTONISHING, MAGICAL 2013 for you. 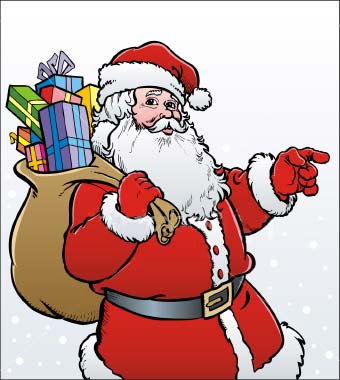 Posted by Frederick Zappone at 8:35 AM No comments:

.
If you love drums and the LONE RANGER Theme Song (the William Tell
Overture),  you will love this stirring drumming.... - Frederick Zappone

Posted by Frederick Zappone at 8:23 AM No comments:


Janey Cutler died this past year but to this day she inspires me. She has not only made my attitude stronger and brighter but her attitude of 'no regrets' has become my attitude - Frederick Zappone

Posted by Frederick Zappone at 8:06 AM No comments:

Because the truth makes you feel lighter, brighter and carefree while lying makes you feel darker, somber and depressed.  That's how you can tell the difference between truth and lies.

Truth lifts you up, lies put you down...
.
Posted by Frederick Zappone at 8:50 AM No comments: 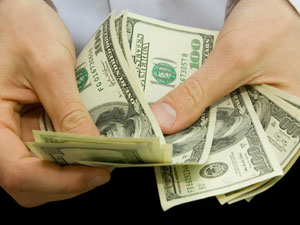 
In a series of experiments, people who counted money felt less pain when their hands were dipped into scalding water. The soothing power of cash also helped them shrug off the emotional pain of social exclusion. The findings might offer an easy way to ease life's stings and hurts, from painful medical treatments to social ostracism: Simply flip through a bulging wallet before enduring a painful experience.

"When people are reminded of money in a subtle manner by counting out hard currency, they experience painful situations as being not very painful," said lead author Kathleen Vohs, a consumer psychologist at the University of Minnesota's Carleton School of Management in the Twin Cities.

"You could think about being able charge yourself up before you encounter pain," she said. "When I used to run marathons, I would've maybe wanted to be reminded of money first." Although scientists have been studying pain for years, they still don't entirely understand why or how the perception of discomfort can vary so much. On a scale from one to 10, for example, one person's four might be another's eight. Even a single experience can feel more or less painful to the same person under different circumstances.

In her own research, Vohs has found that thinking about money gives people a sense of self-sufficiency, making them less likely to ask for or offer help. Other studies have linked a strong sense of self-worth with a greater ability to withstand pain. So, Vohs began to wonder whether money might shift the balance on how much pain people feel.

Among other experiments, she and colleagues challenged college students to a supposed finger-dexterity task in which they counted out either 80 $100 bills or 80 slips of paper. Afterward, the cash-counters reported less pain than the paper-counters when their fingers were dipped briefly into 122-degree Fahrenheit water.

As bolstering as it can be to handle money, the study found that being reminded of money you don't have makes pain worse. Reflecting on your shrunken 401K, in other words, could make it more difficult to cope with stubbing a toe or failing to connect with others at a party.

In an attempt to understand the source of money's power over pain, the researchers asked study participants to rate their feelings of self-esteem, attractiveness and mood, among other measures. The only reliable link they found was that having money made people feel strong, possibly providing a coping mechanism for whatever negative experiences they encountered next. Likewise, thinking about money they had spent made them feel weak, deflating their ability to cope.

"These findings are groundbreaking," said Eli Finkel, a social psychologist at Northwestern University in Evanston, Ill. "If real-world poverty follows the principles of these laboratory demonstrations, then confronting social rejection or physical pain should be experienced as more painful for poor people than for wealthier people."

But you don't have to be rich to use money to your benefit, Vohs said. Merely touching cash or even staring at a money-filled screensaver could blunt the impact of hard or painful events.

"I always got a kick out of counting money," she said. "Now I know why."

Make Money TEXTING
Posted by Frederick Zappone at 7:34 AM No comments:

Are you caught up in the 'DO MORE' Trap?

.
The most horrific, insidious, cancerous, feel bad mental TRAP of them all is the FALSE BELIEF you have to 'do more' to get what you want......   That belief will cause you more pain than you can handle.   I personally know people after 30 years of 'doing more' to make their dream come true are no closer today to making their dream come true than they were when they first started..  WHY....

DOING MORE isn't what gets you want you want.

Doing more, of anything, when it feels bad, pushes away from you what you want.

Worry, fear and doubt is what 'fuels' people to do more when 'doing more' coming from feeling poorly is not required at all. The more you are motivated by worry, fear, or doubt to achieve what you want, the less chance you have of achieving what you want. If you no longer want to get caught up in the DO MORE Trap. I will e-mail you my publication titled: Bullet Proof  Your Attitude. My publication will neutralize any power the 'do more' belief  has over you. In addition, the information in my publication will stop you from doing things that sabotage your best efforts and prevent you from making your dreams come true.

1. The REALITY of Feeling Good, No Matter What
2. Your Power Lives in the Moment
3. Understanding Brings Healing.
(Understanding What causes you to feel bad makes you feel good)

4. Whatever you make the Enemy, Has Power Over You
5. Feelings: Your Inner Guidance System
6. The Power To Make What Goes Wrong In Your Life, Turn Out Right
7. Why Being 'Against Anything' Destroy The Bullet Proof Attitude
(And why being 'for things' strengthens your bullet proof attitude)

8. The Elimination of All Fear Based Thoughts
9. Instant Insights – 'Life is Good' One Liners
10. How to Bullet Proof Your Feelings
11. Neutralizing Your #1 Power Robber
12. Suffering and Pain are Optional and Not Required
13. Letting Go In Order To Have What You Want
14. Red Light – Green Light Feelings
15. The Truth Shall Set you Free But First It will Piss You Off
16. Healing the ‘Feel Bad’ Nerves In Your Brain
17. You Create It All
18. Releasing Thoughts that Imprison You 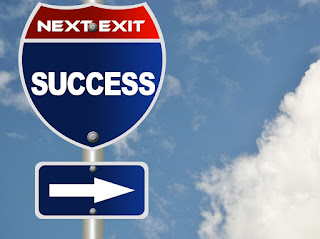 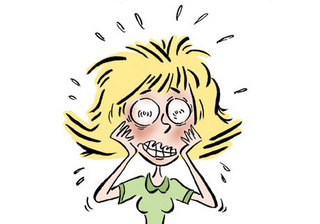  Many of the things you know About PAIN are simply NOT TRUE.