The Power of Doing NOTHING 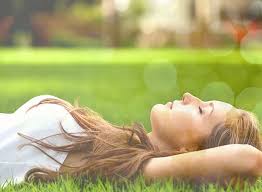 I have attracted more good things to myself but doing nothing than I ever did by doing something.


It is important to know that I wouldn't attract good things to myself by doing nothing if I didn't believe I could do it. However since I do BELIEVE that I can attract what I want by doing nothing, I do.

Don't get me wrong, I do things, I do lots of things, like writing this blog, exercising, volunteering, etc but I don't do things to get what I want.

Posted by Frederick Zappone at 5:45 AM No comments:

Everything you Ever Wanted To Know About BELIEFS


Changing Your Beliefs,
Changes Your REALITY

People have two basic kind of beliefs:
1. Beliefs that ALLOW them to attract (or create) what they want.

2. Beliefs that STOP them from attracting (or creating) what they want.

Are you being loved like you want to be loved? Are you as healthy as you want to be? Do you have as much money as you would like to have? If you answered NO to any of these questions, it's time to change your beliefs to ones that allow you to have what you want.
A BELIEF, in the beginning, is a possibility that may or may not come true for you. In order for a belief to come true for you, you must believe in it without doubt. It is unwavering belief that turns desire into reality.

UNWAVERING: not a single thought of doubt whatsoever.
If you can believe something, without doubt, you can have it.
In my book 'Changing Your BELIEFS Changes your REALITY' I show people what is required to believe without doubt so they can actually attract and/or create EXACTLY what they want.

To attract or successfully create what a person wants they must change their beliefs. Without changing their beliefs they will keep attracting and/or creating the same old patterns over and over again.

Reality is different for everyone because everyone BELIEVES differently

To change the results in your life, you must change your beliefs. Here are three examples from my own life.

One of the  most dramatic effects a 'change of beliefs' has had in my own  life has been in the area of money. For the longest time, no matter how hard I worked, I never had enough money. Once I changed my beliefs about money I was able to work less, much less and make much more money. Today I always have enough money.

THE UNWAVERING BELIEF AND THE SUBCONSCIOUS MIND

Once we have an unwavering belief about something our subconscious mind automatically begins the process of making that belief come true for us. In my 'cutting edge' book titled Changing Your Beliefs I give you a detailed explanation (with 'real life' examples) about how our subconscious mind works to turn our beliefs into our physical reality. The fact is our existing reality (both the things we like and don't like) are a direct result of our current beliefs. To change undesirable circumstances into desirable ones, we first must change our beliefs.

To give you more proof about just how powerful 'changing  beliefs' really are I have included an excerpt of an interview Tony Robbins did with Dr. Bernie Siegel on the subject of beliefs.
---------------------
'Beliefs are not limited to impacting our emotions or actions. They can literally change our bodies in the matter of moments. I had the pleasure of interviewing Yale professor and best-selling author, Dr. Bernie Siegel.

As we began to speak about the power of belief Bernie shared with me some research he'd done of people with Multiple Personality Disorders. Incredibly, the potency of these people's BELIEFS that they had become a different person resulted in the unquestioned command to their nervous system to make measurable changes in their biochemistry.

The result? There bodies would literally transform before the researchers eyes and begin to reflect a new identity at a moment's notice. Studies document such REMARKABLE occurrences as patients' eye color actually changing as their personality changes, or physical marks disappearing or reappearing. Even diseases such as diabetes or high blood pressure come and go depending on the persons' BELIEF as to which personality they're manifesting.

Beliefs even have the capacity to override the impact of drugs on the body. While most people believe that drugs heal, studies in the science of psychoneuroimmunology (the mind-body relationship) have begun to bear out what many others have suspected for centuries: our beliefs about the illness and treatment play as significant a role, maybe an even more significant role, than the treatment itself.

Dr. Henry Beecher Harvard University has done extensive research that clearly demonstrates that we often give credit to a drug, when it reality it's the patient's BELIEF that makes the difference.
---------------------

WE ARE NEVER WRONG ABOUT WHAT WE BELIEVE

Once we believe something to be true the Universe provides us with a constant stream of evidence that what we believe is true. If we BELIEVE something will be HARD for us to do, it will be.  Our beliefs determine what we can and cannot do. A change of beliefs will make what was hard  for you to do in the past easy for you to do today.

I can tell you from personal experience that there is nothing more frustrating or more painful than trying over and over again to attract and/or create what you want and repeatedly failing because you have beliefs that are sabotaging you and you don't even realize it.

The people who buy my book 'Changing your Beliefs Changes Your Reality' are those people who are sick and tired of not getting what they want. They are tired settling for less when they know they can have more. If you are one of those people, then my book is for you because it contains the very answers you have been seeking for a very long time.

In my book, I explain, in detail, what a belief is and how you can easily change your beliefs. As a result of changing your beliefs you will begin to spontaneously and naturally attract more of the good things you do want. I also explain how to recognize and let go of beliefs that sabotage, discourage and sometimes defeat you.

To make sure people are as successful in changing beliefs as I am, when they buy my book, they get me as their coach free of charge. That means any time they have a question about making the information in my book work for them, they can write me . In return, I will supply them with answers that will specifically work for them.

Along with my book you'll receive a copy of my F.A.M. report. The F.A.M. report explains the foolproof method I use to attract to myself exactly what I want. The information in this report will do the same thing for you.

To receive your copy of my book titled: Changing Your Beliefs, Changes Your Reality along with your free copy of my F.A.M Report, click on the 'buy now' button located below.

Posted by Frederick Zappone at 8:21 AM

Need your SPIRITS lifted? Listen to this Song.

I love this song because it always elevates my spirits and makes me feel awesome to be me. This song transfer so much energy into my body that I start dancing around the room like a fool.🌝

Posted by Frederick Zappone at 8:13 AM No comments:

The POWER of Kindness

Posted by Frederick Zappone at 7:37 AM No comments:

Email ThisBlogThis!Share to TwitterShare to FacebookShare to Pinterest
Newer Posts Older Posts Home
Subscribe to: Posts (Atom)
VISIT MY WEB SITE TO SEE A LIST OF ALL OF MY FREE SELF-LOVE RELATED SITES HTTP://FREDERICKZAPPONE.COM