Living 'HIS OWN TRUTH' saved him from DYING of Terminal Cancer

.
In 1943, a Greek war veteran named Stamatis Moraitis came to the United States for treatment of a combat-mangled arm. He’d survived a gunshot wound, escaped to Turkey and eventually talked his way onto the Queen Elizabeth, then serving as a troopship, to cross the Atlantic. Moraitis settled in Port Jefferson, N.Y., an enclave of countrymen from his native island, Ikaria. He quickly landed a job doing manual labor. Later, he moved to Boynton Beach, Fla. Along the way, Moraitis married a Greek-American woman, had three children and bought a three-bedroom house and a 1951 Chevrolet.

One day in 1976, Moraitis felt short of breath. Climbing stairs was a chore; he had to quit working midday. After X-rays, his doctor concluded that Moraitis had lung cancer. As he recalls, nine other doctors confirmed the diagnosis. They gave him nine months to live. He was in his mid-60s.

Moraitis considered staying in America and seeking aggressive cancer treatment at a local hospital. That way, he could also be close to his adult children. But he decided instead to return to Ikaria, where he could be buried with his ancestors in a cemetery shaded by oak trees that overlooked the Aegean Sea. He figured a funeral in the United States would cost thousands, a traditional Ikarian one only $200, leaving more of his retirement savings for his wife, Elpiniki. Moraitis and Elpiniki moved in with his elderly parents, into a tiny, whitewashed house on two acres of stepped vineyards near Evdilos, on the north side of Ikaria. At first, he spent his days in bed, as his mother and wife tended to him. He reconnected with his faith. On Sunday mornings, he hobbled up the hill to a tiny Greek Orthodox chapel where his grandfather once served as a priest. When his childhood friends discovered that he had moved back, they started showing up every afternoon. They’d talk for hours, an activity that invariably involved a bottle or two of locally produced wine. I might as well die happy, he thought.

In the ensuing months, something strange happened. He says he started to feel stronger. One day, feeling ambitious, he planted some vegetables in the garden. He didn’t expect to live to harvest them, but he enjoyed being in the sunshine, breathing the ocean air. Elpiniki could enjoy the fresh vegetables after he was gone.

Six months came and went. Moraitis didn’t die. Instead, he reaped his garden and, feeling emboldened, cleaned up the family vineyard as well. Easing himself into the island routine, he woke up when he felt like it, worked in the vineyards until midafternoon, made himself lunch and then took a long nap. In the evenings, he often walked to the local tavern, where he played dominoes past midnight. The years passed. His health continued to improve. He added a couple of rooms to his parents’ home so his children could visit. He built up the vineyard until it produced 400 gallons of wine a year. Today, three and a half decades later, he’s 97 years old — according to an official document he disputes; he says he’s 102 — and cancer-free. He never went through chemotherapy, took drugs or sought therapy of any sort. All he did was make the decision to be happy until he died..


This article excerpted from new material being published in the second edition of “Blue Zones,” by Dan Buettner, out next month from National Geographic. 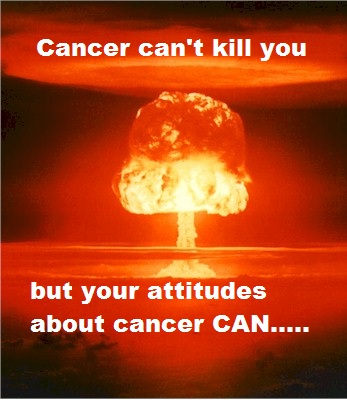 Posted by Frederick Zappone at 10:46 AM